A Chat with Laurie Wallmark

We are extremely lucky to have the talented Laurie Wallmark on our blog! She has wowed us with her books, ADA BYRON LOVELACE AND THE THINKING MACHINE and GRACE HOPPER: QUEEN OF COMPUTER CODE, and now she has another must-read. Thank you, Laurie, for giving us an inside look into your writing life and your most recent book.

How long have you been an author?
I’ve been writing for about twenty years now. My first book wasn’t published until 2015, though.

What made you want to become an author?
Unlike many of my kidlit author friends, I wasn’t interested in writing as a child. I was a math and science kid all the way. Other than a few poems and songs, the only writing I did was for school assignments. One day, I had an idea for a middle grade novel, so I decided to see if I could transform that idea into an actual book. I did, and that book became the first step on my path to being a writer. It’s now one of my trunk novels, hidden away, never again to see the light of day.

Tell us about your newest book, HEDY LAMARR’S DOUBLE LIFE: HOLLYWOOD LEGEND AND BRILLIANT INVENTOR (PEOPLE WHO SHAPED OUR WORLD). Where did you get the idea?
I’m always on the lookout for women in STEM (science, technology, engineering, math) whose achievements have been overlooked. In fact, I keep a list of possible subjects for future biographies. Hedy co-invented a vital piece of technology that helps keep our electronic communications safe from hacking, yet most people only know her as a movie star with a pretty face. I wanted to share the achievements of this amazing inventor with the world. 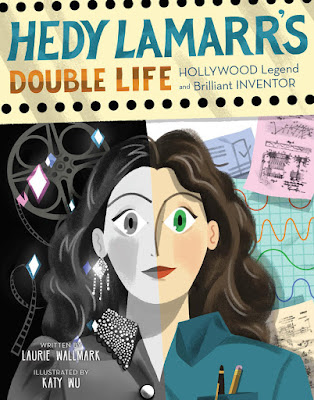 Authors get rejected a lot. What do you do when you get rejected?
It’s hard to have your work rejected, but I try to tell myself that a rejection is only one person’s opinion. Somewhere out there is an editor who will love my book as much as I do. She just hasn’t met my book yet.

All of your published books are about women. Do you have more women-centered books yet to be written?
I have two more women in STEM books coming out in the next two years. The first, Numbers in Motion: Sophie Kowalevski, Mathematician, tells about the life and achievements whose work solves problems as different as calculating the path of a planet or a spinning football. The second book hasn’t been announced yet, so all I can say is it’s another unsung woman in STEM.

What do you do when you’re not writing?
Read. Read. Read.

Describe what it’s like to hear the news that you’ve just gotten a book contract.
It’s incredibly exciting to receive a call that says an editor has fallen in love with your book. (See my previous answer about rejection). Together, you will work to bring out a book that hopefully kids will love, too.

What advice would you give someone who wants to become an author?
A writer writes. You need to work at your craft if you want to become an author. In addition, it helps to develop a thick skin to cope with those inevitable rejections.

Here is a sneak peek at some of the pages from HEDY LAMARR’S DOUBLE LIFE: HOLLYWOOD LEGEND AND BRILLIANT INVENTOR (PEOPLE WHO SHAPED OUR WORLD): 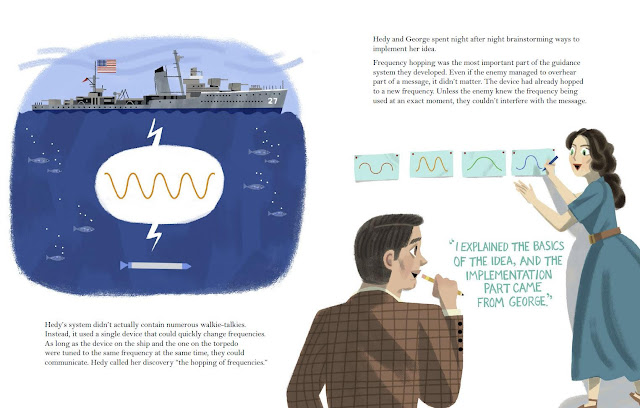 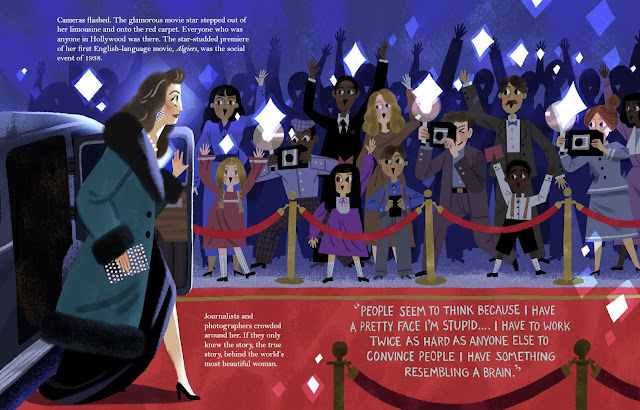 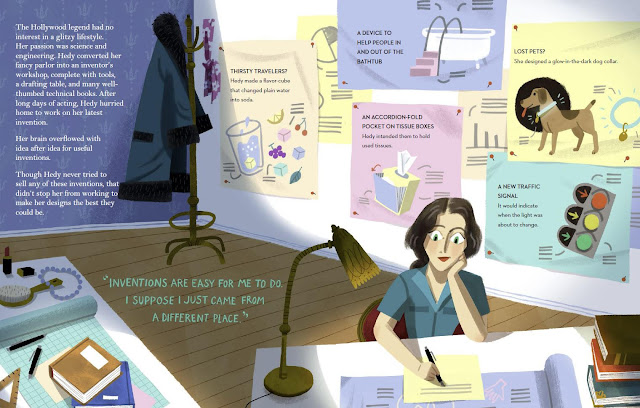 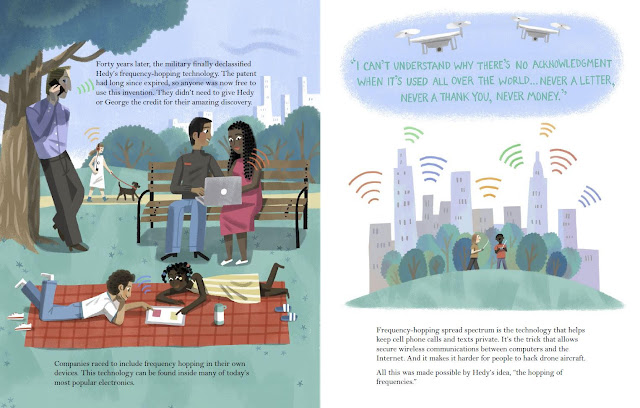 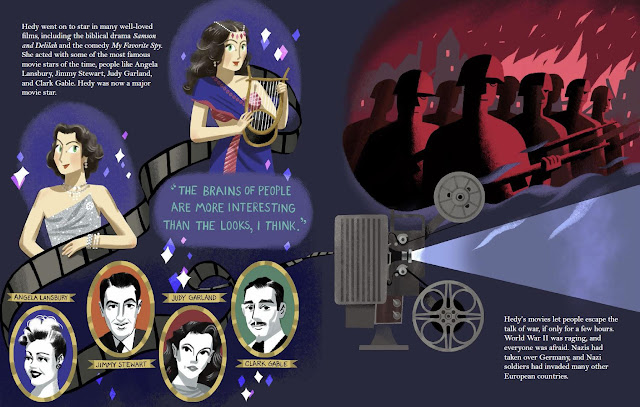